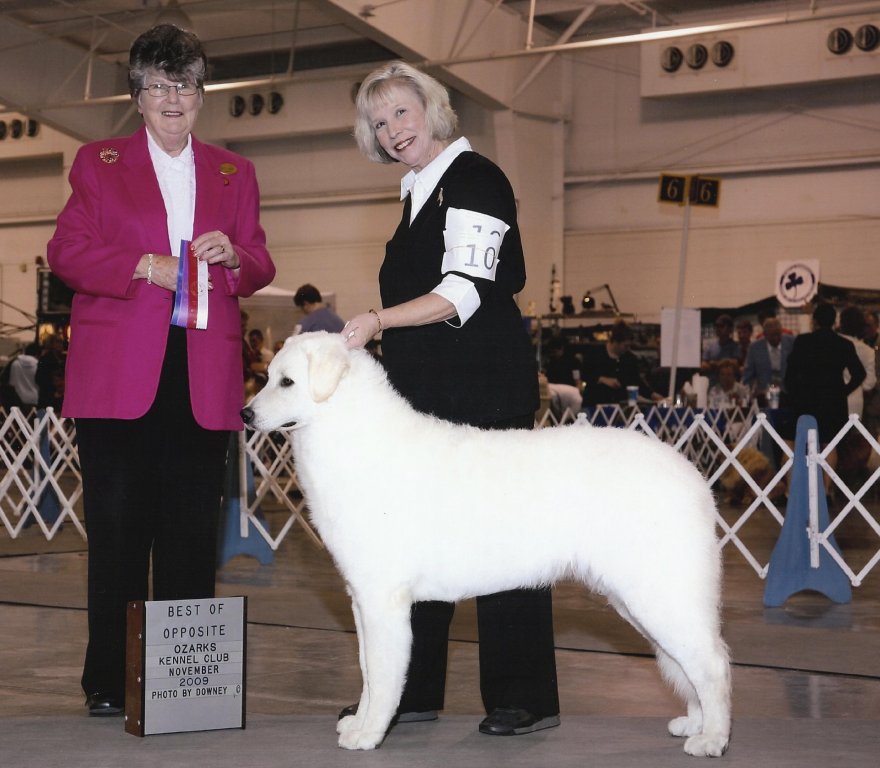 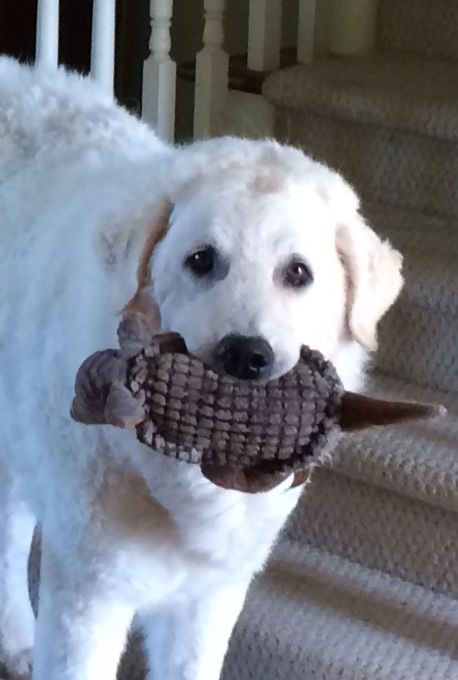 Song is a wonderful girl who loves meeting all the great people at dog shows. She expecially loves children. We are hoping that she will take time out of her busy schedule to get a Therapy Dog title. 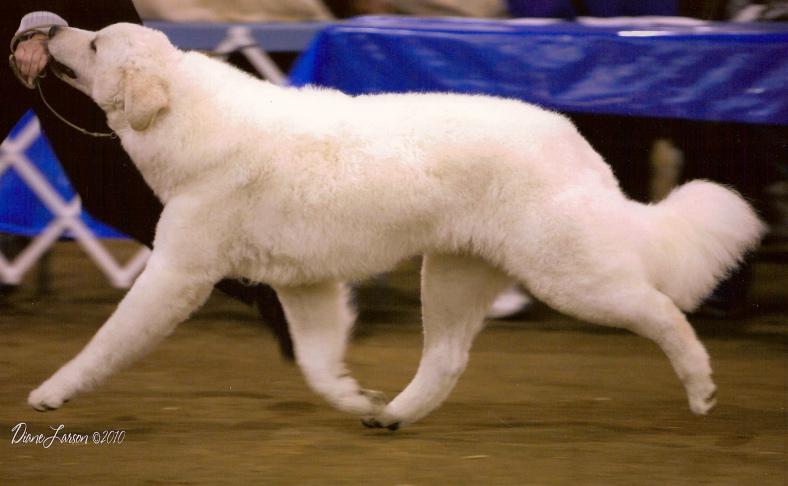 OFA Thyroid – Autoimmune Thyroiditis
OFA Normal PRA By Parentage
Song will be getting the remainder of her health clearances latter this year.

Song's litter brother is MBIS, MBISS, GCH Szumeria's Wildwood Silver Six Pence, CGC, “Tanner” who can be seen under Our Boys. Tanner is the Top Winning Kuvasz In Breed History.

Song's dam, Penny won the 2006 Kuvasz Club of America National Specialty. In 2009 she was the KCA Top Kuvasz Of The Year In Versatility. A KCA Hall Of Fame Dam, Penny has been selected Best Brood Bitch at three Kuvasz Club of America National Specialties.
Penny is also the dam of Moola on Our Girls. You can learn more about Penny on the Wildwood Kuvasz site: http://www.wildwoodkuvaszbulldogs.com/kuvasz/females/k-g-penny/

Song's sire Dooley is a therapy dog working in VA with Dr. Sarah McQueen. In 2009 Dooley was sellected Best Stud Dog at the KCA National Specialty. 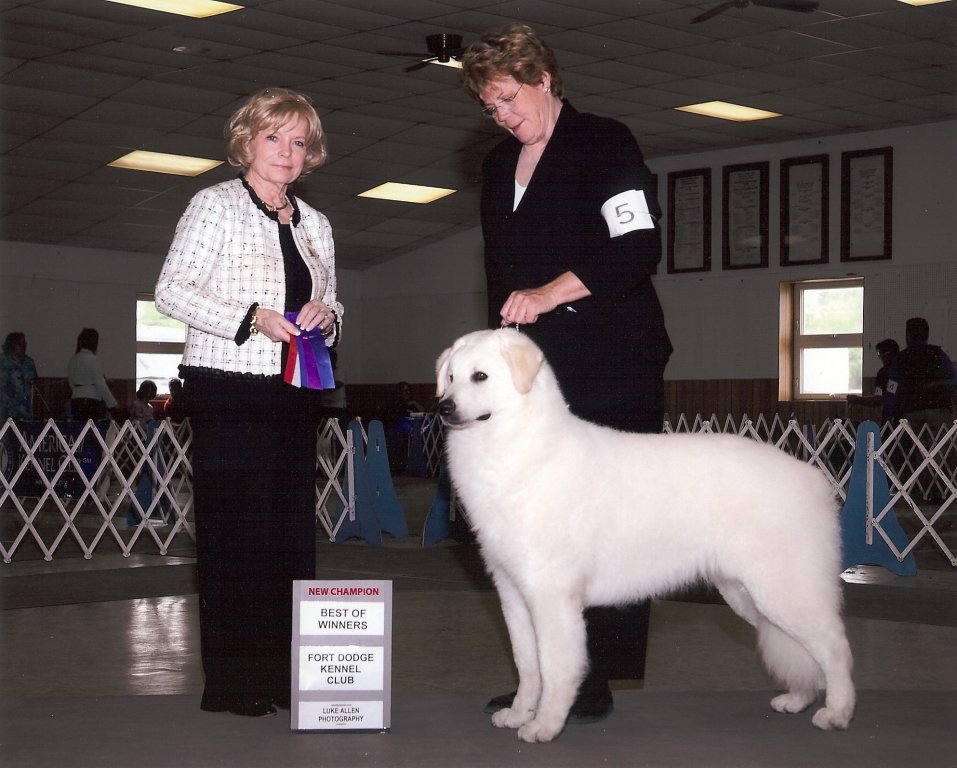 Judge Keke Kahn, Lynn Brady and Dooley 3pt major (won 3 majors this weekend, his first conformation shows) He has only sired one litter, producing three champions. You can see more of Dooley under Our Boys.


Deprecated: Directive 'allow_url_include' is deprecated in Unknown on line 0