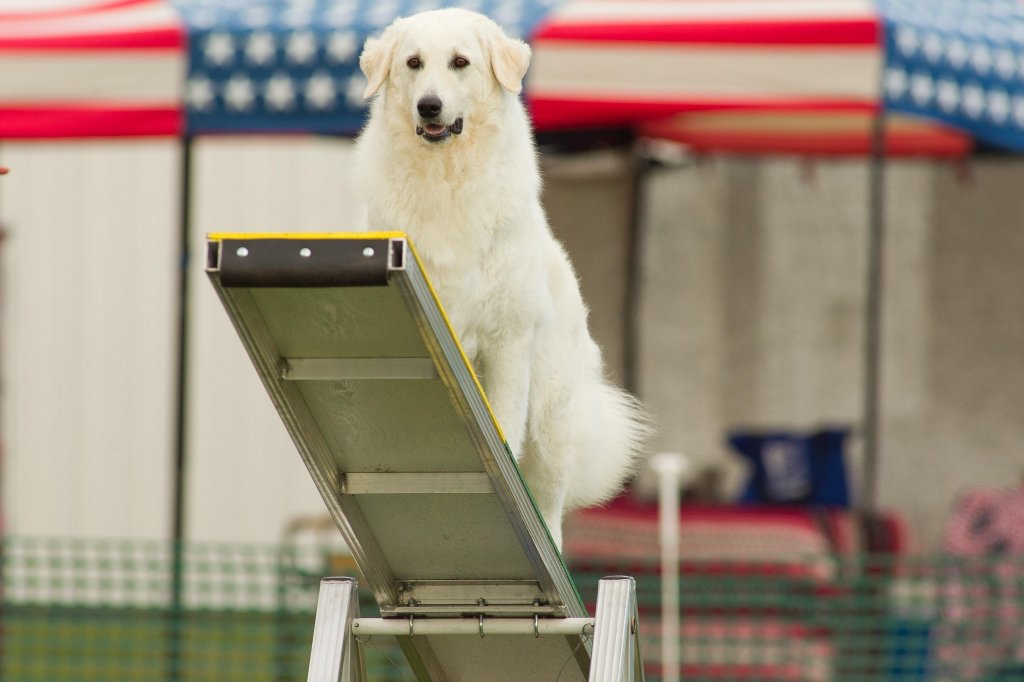 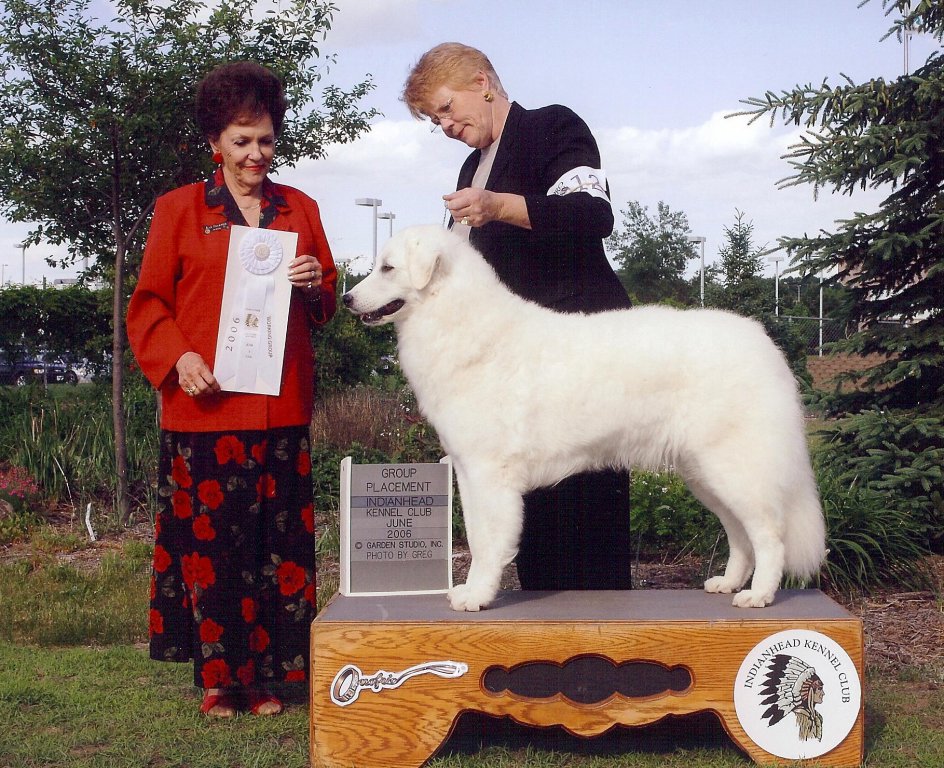 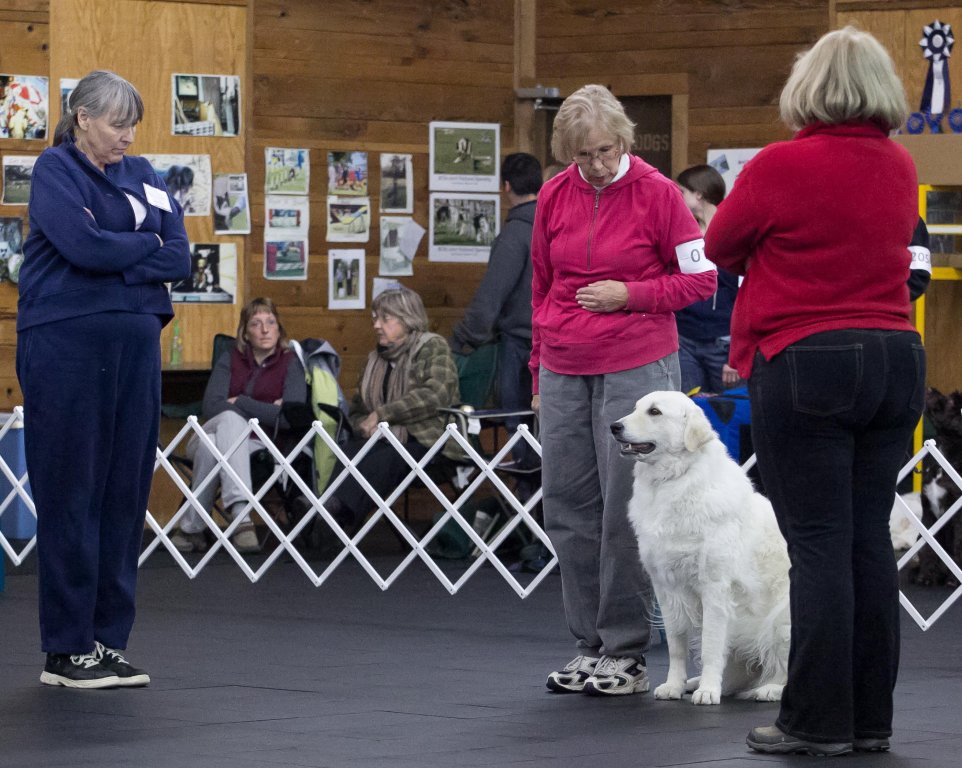 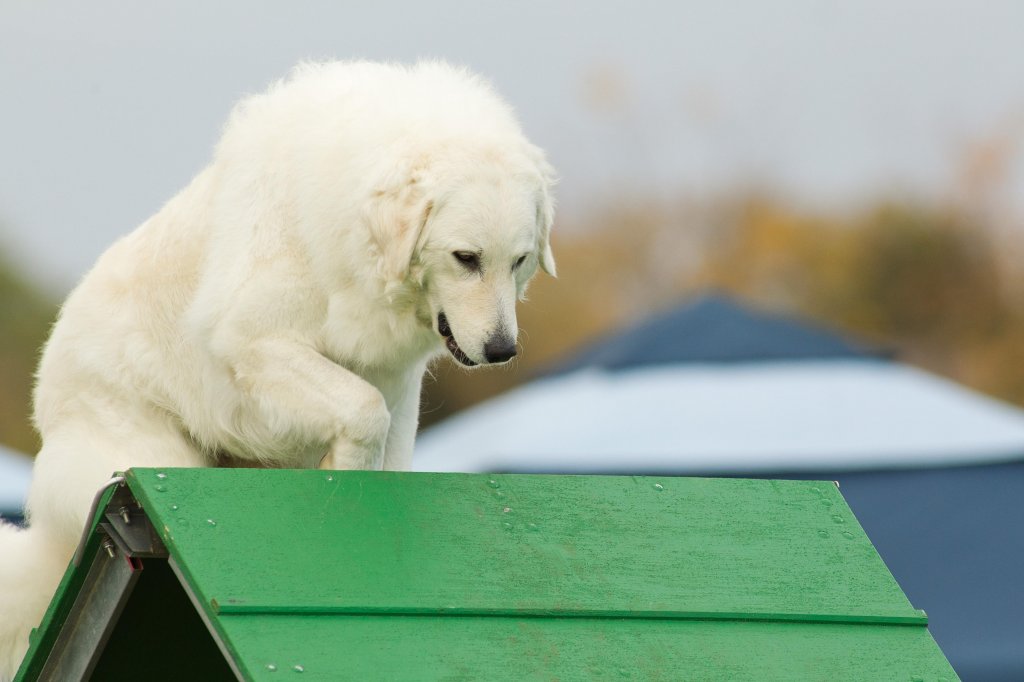 Moola, Penny, Legend and Angel, Moola's litter sister, is the only Kuvasz family in breed history to be titled in Conformation, Obedience, Rally, Agility and as Therapy Dogs. All of them have been awarded the KCA Top Kuvasz Of The Year In Versatility with Moola and Legend having received this award for outstanding achievement multiple times. Penny, at age 10, is the oldest Kuvasz to earn an advanced agility title. Legend, at age 13 years & 10 months, to earn an obedience title. Moola has titles in Masters level standard agility and is well on her way to the Bronze level. She has multiple legs at the masters level in jumpers agility.  Moola continues to train and will be working on her Utility Obedience title and her Tracking Dog Excellent title in 2014. 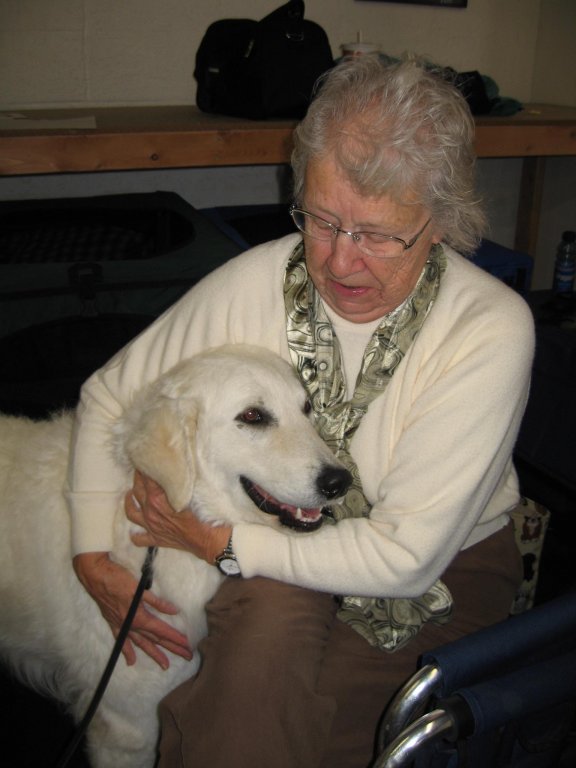 Moola took time out of her busy schedule to have a litter of puppies sired by Szumeria's Hot Shot On Ice in January 2009. Below are two of her get. Shredder guarding his horses in CO, and Edgrr and friend relaxing at home in MN. 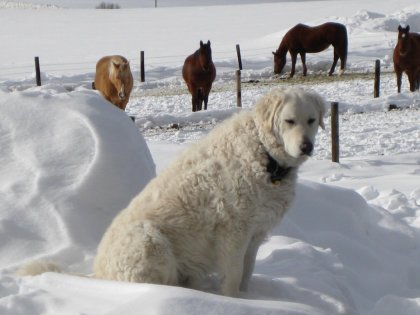 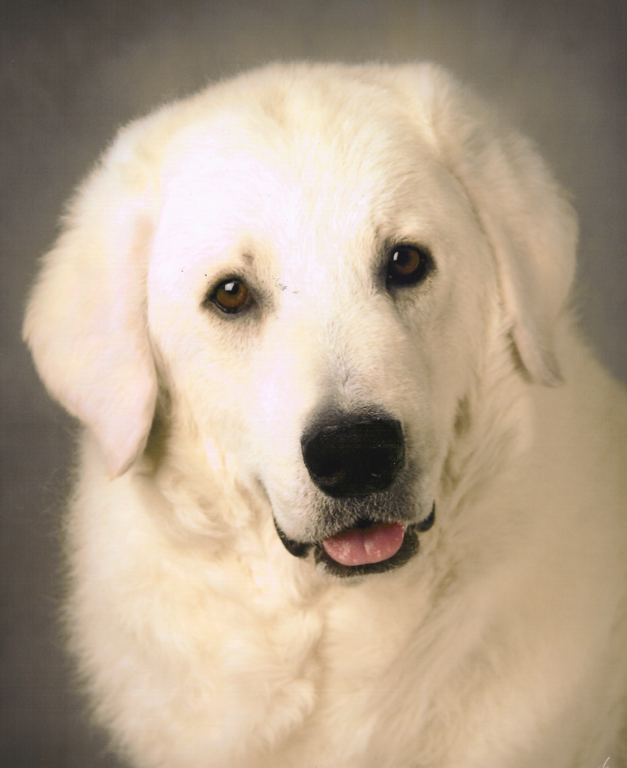 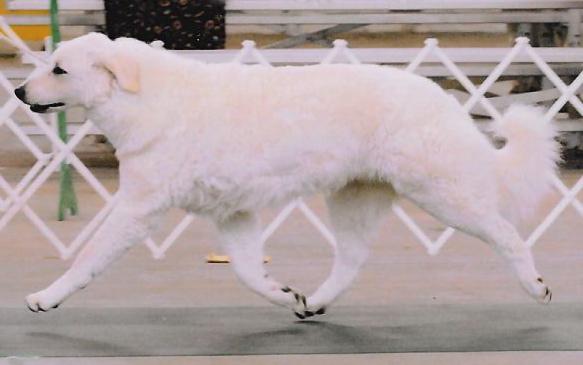 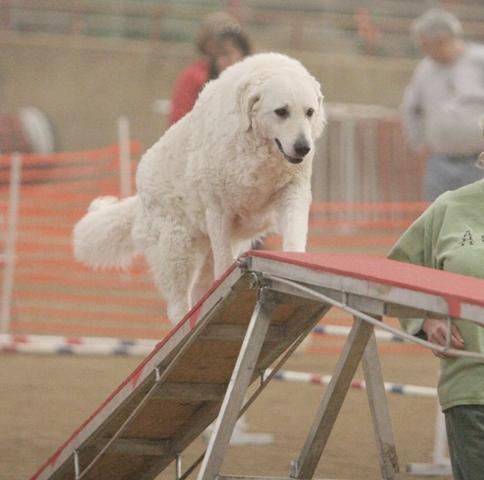 Moola's sire Legend is the only CH Kuvasz with open level AKC titles in both Obedience and Agility. He is also the only Kuvasz in history to receive the KCA awards in six categories. 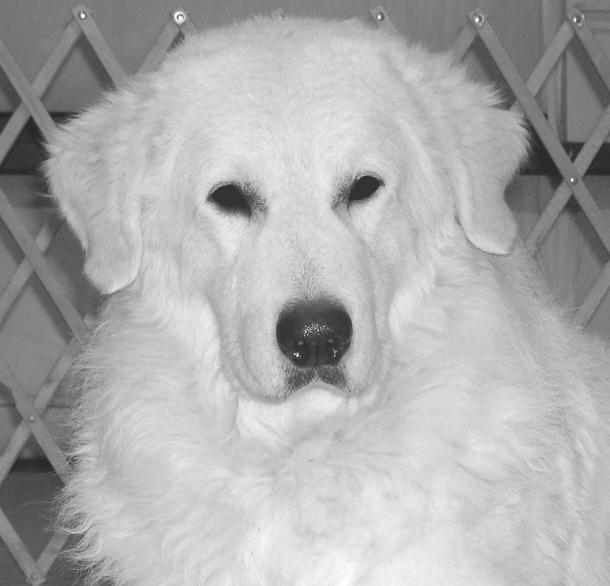 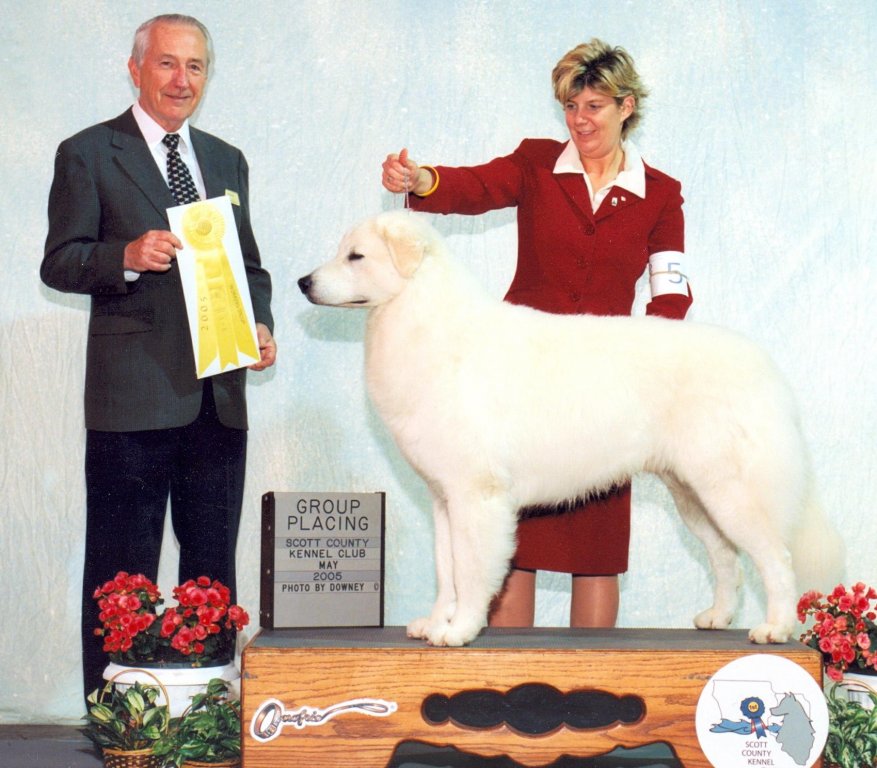 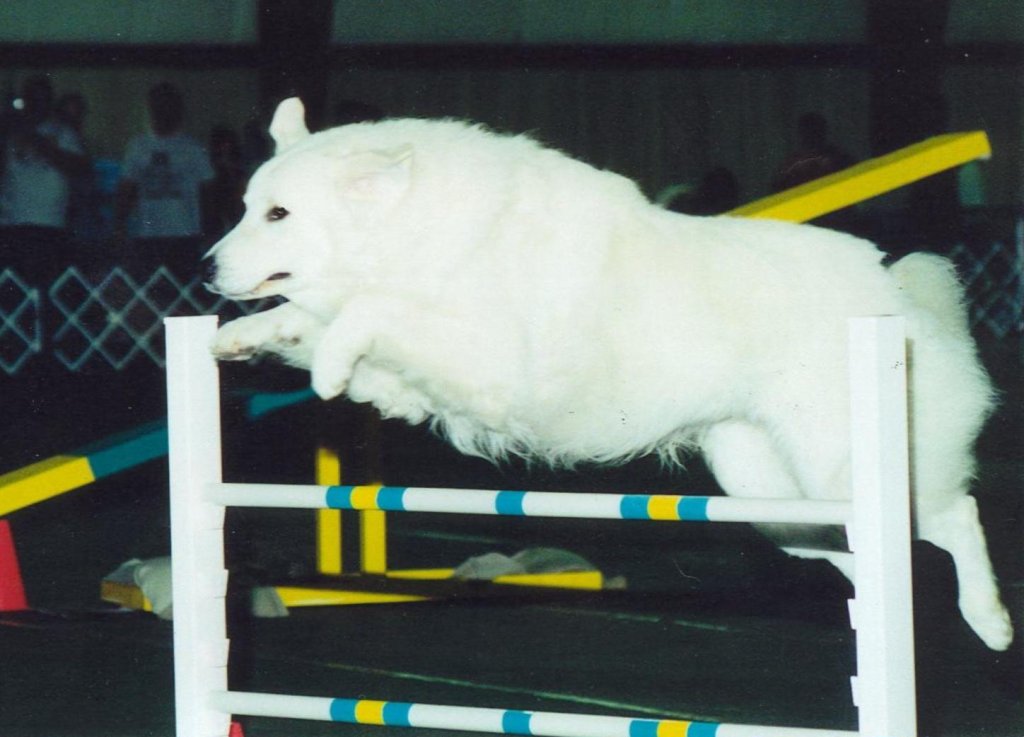